The Power Of Cupressus Sempervirens

Cypress essential oil is derived from the needle-bearing deciduous and coniferous tree; Cupressus sempervirens is its scientific name. The cypress is an evergreen tree that has cones that are small, woody, and rounded. It has tiny flowers and scale-like leaves. The powerful essential oil is very valuable, given its ability to work as a stimulant for relieving anxiety, removing toxins from your body, helping the respiratory system, and fighting infections.

Cupressus sempervirens is thought to be a medicinal tree with numerous specific botanical features. BMC Complementary & Alternative Medicine published research that showed that those special features include having the tolerance to atmospheric gases, sleet, wind-driven dust, air currents, and drought. In addition, the cypress tree can flourish in both alkaline and acidic soils and has a well-developed root system. The cypress tree's needles, stems, and twigs are steam distilled, with the essential oil having an energizing and clean aroma. The major components of cypress oil are limonene, carene, and alpha-pinene; the oil is well known for having antirheumatic, stimulating, antibacterial, antispasmodic, and antiseptic properties.

Barbara Kiser is a resident of Alhambra, California and is a proud wife and mother. Barbara is a former insurance agent, but she gave it up in favor of a more relaxing lifestyle. Some of Barbara's interests include swimming, writing fanfiction, and origami. 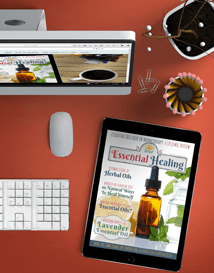